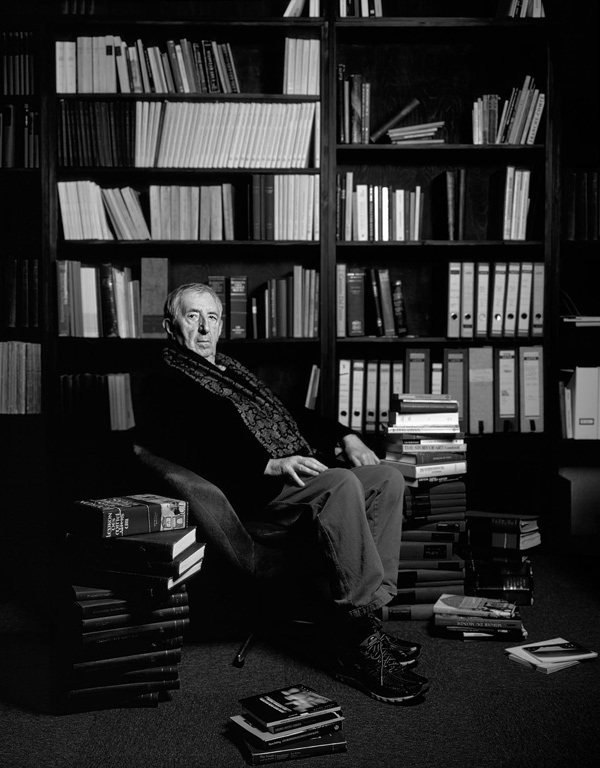 One of the most important contemporary art historians, Hans Belting, together with Christa donated their collection of literature on medieval art to the Center for Early Medieval Studies at the Department of Art History, Faculty of Arts, Masaryk University, allowing for the establishment of a library named in the honor of the donor. With the quality of the collection acquired, the Center rises to the level of major European institutions.

The donated collection contains a number of works which form the essential pillars for the study of medieval art, but which were generally lacking in Central European library collections. This mainly concerns literature dedicated to manuscripts (mainly from the Eastern world and the Apennine peninsula), Constantinople, Venice, southern Italy, Rome, Ravenna, Russia and the Caucasus. Now, the Hans Belting Library includes not only extensive literature dedicated to the study of medieval art, but also rare facsimiles (e.g. Vienna Genesis, Chludov Psalter, Utrecht Psalter, Rotulus Exultet, etc.). A large part of the collection focuses on the study of the monumental art of the Christian East, from Constantinople to the Caucasus to Egypt and Syria. An important section is also devoted to iconic paintings, called "icons". Other notable components of the library include dozens of volumes of Greek and Latin sources, and an extensive collection thematising the Cathedral of St. Mark in Venice. In addition, the collection encompasses a series of several periodicals, especially Dumbarton Oaks Papers, Jahrbuch für Antike und Christentum and Münstersche , as well as a stunning collection of several hundred solely printed papers – now a dying form of scientific literature – often gifted by such great scholars in the field as Kurt Weitzmann, Ernst Kitzinger, and Richard Krautheimer.

Yet another valuable section of the library is a part of Belting’s personal archive. Here, it is possible to browse through the complete photo library of the donor, his personal notes, and several of his unpublished, articles.

The library is accessible to anyone interested in the subject, especially to specialized researchers from the Czech Republic, but also to students, who previously often had to travel abroad to get hold of such quality literature. The library is located in building “K” of the Faculty of Arts, Masaryk University, at Veveří Street in Brno. With the capacity of learning places and, above all, direct access to books, it provides researchers with study area as well as likeable working conditions. The actual space of the library have come into being primarily thanks to the significant support of the Dean of the Faculty of Arts, Milan Pol, and the Head of the Department of Art History, Ondřej Jakubec.